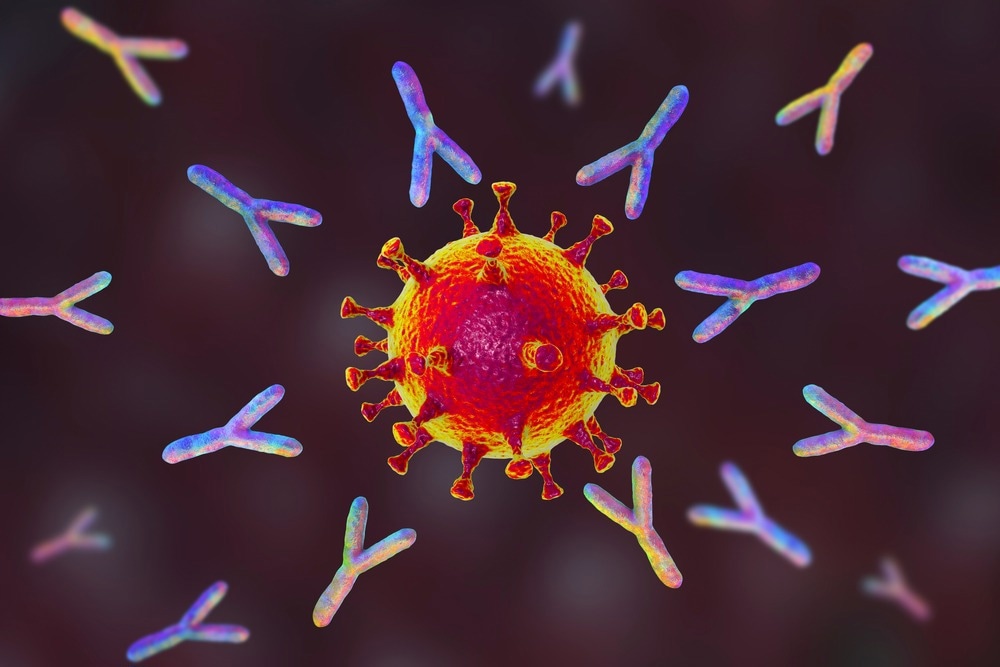 A broad cocktail of sarbecovirus-neutralizing antibodies

The continued emergence of immunocompromised SARS-CoV-2 variants, such as the concerning Omicron variant (VOC) and its sublines, justifies the need for more potent and broader neutralization of the SARS-CoV-2 sarbecovirus NAb (bsNAb) with epitopes at conserved sarbecovirus sites.

In the present study, researchers propose a rational strategy to discover broad Nabs that are highly resistant to SARS-CoV-2 RBD mutations.

Next-generation sequencing (NGS) analysis was used to identify the mutations, while the international ImMunoGeneTics (IMGT) and Global Initiative on Sharing Full Details of Influenza (GISAID) databases were were referred for analysis. Three-dimensional reconstructed structures of complex BD55-3546/Delta S6P, BD55-4637/BA.1 S6P and BD55-5514+ BD55-5840 (SA55+SA58)/BA.1 S6P were generated through the use of cryo-electron microscopy (EM).

The mice’s body weight changes were assessed, in addition to their lung and trachea samples which were subjected to quantitative reverse-transcription polymerase chain reaction (qRT-PCR) analysis to determine viral loads.

Approximately 13,000 clusters of differentiation (DC) 19 + CD27 + immunoglobulin M (IgM) – memory B cells with cross-linking to SARS-CoV-1 and SARS-CoV-2 RBDs were obtained from 28 convalescents who received two doses of CoronaVac vaccine and a booster dose of ZF2001 in 2021. By scVDJ-seq analysis, 2,838 matched Ab sequences were extracted from memory B cells, of which 1,413 sequences comprising the IgG1 heavy chain constant region were chosen for the in vitro experiences.

In epitope clustering analysis, 286 bsNAbs of F1, F3, E1, E3, and F2 epitopes and with sarbecovirus neutralization titers were observed. However, only 12 bsNAbs with non-competing E1, E3 and F3 anti-epitope Abs were analyzed in more detail, among which bsAbs F1 and E3 showed weak neutralization and were not considered for the development of NAb drugs. NAbs from groups E1 and F2 showed high and moderate neutralization potency, respectively.

The results of the study demonstrate that the non-competing antibody cocktail SA55 + SA58 exhibits broad sarbecovirus neutralization and high potency against all Omicron sublines of BA.1, BA.2, BA.2.12.1 and BA.4/BA.5, making it a valuable prophylactic and therapeutic drug candidate against sarbecoviruses. Future drug candidates should be targeted to rare and conserved RBD epitopes associated with essential SARS-CoV-2 functions such as ACE2 binding and/or glycosylation.

bioRxiv publishes preliminary scientific reports that are not peer-reviewed and, therefore, should not be considered conclusive, guide clinical practice/health-related behaviors, or treated as established information.

UCB (OTCMKTS:UCBJY) shares cross below the 50-day moving average of $41.75

Enrichment and proteomic identification of the Cryptosporidium parvum oocyst wall |…