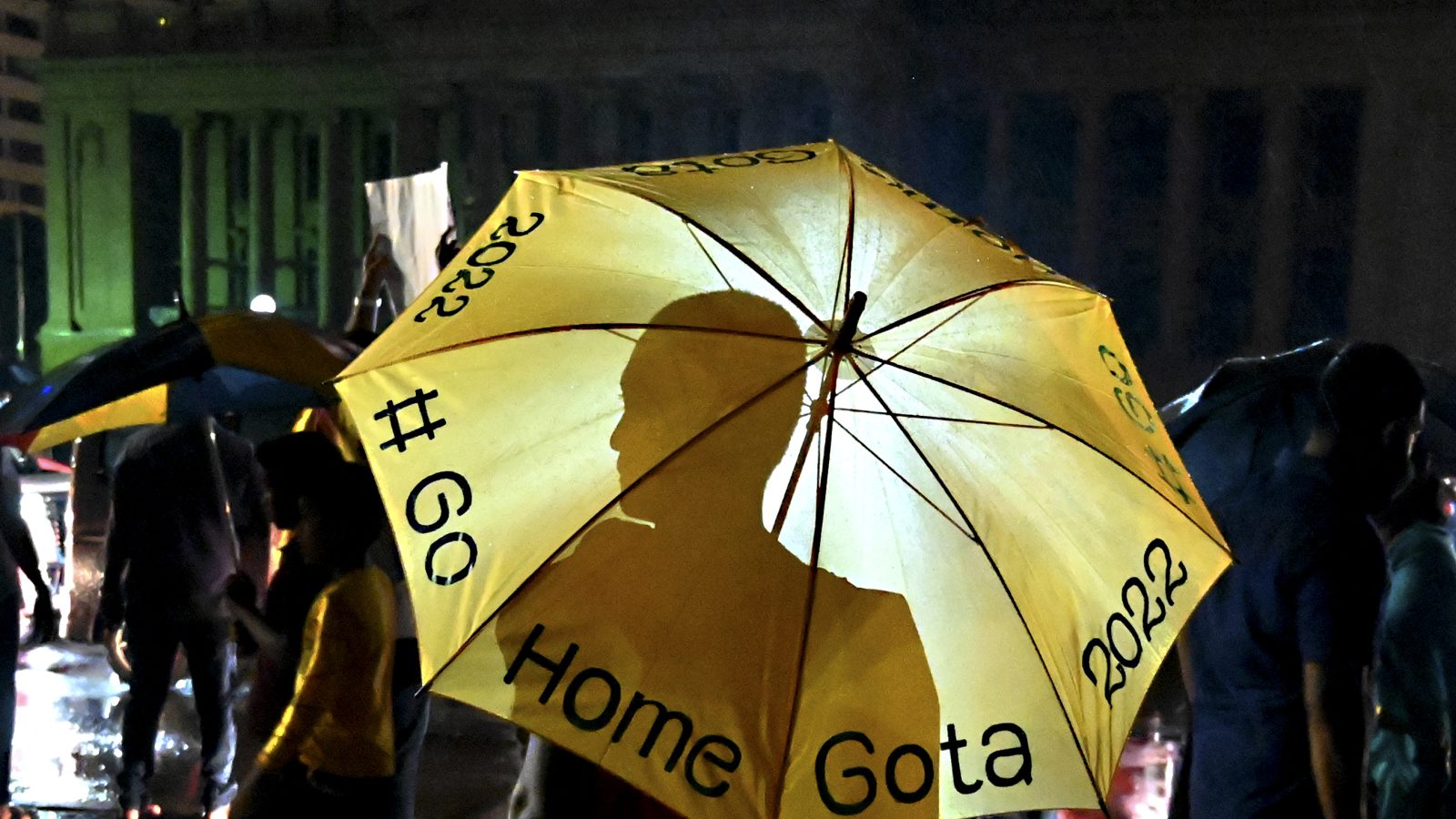 As the demand to oust Sri Lankan President Gotabaya Rajapaksa intensifies due to rising food and fuel prices, online influence operations aimed at undermining the integrity of the protests are also on the rise.

Disinformation researcher Dr Sanjana Hattotuwa has identified hundreds of proxy accounts and Facebook pages associated with the Rajapaksa family posting memes to discredit the mass protests. “There is an attempt underway [to discredit the protests] which was designed by a group of family-related pages,” Hattotuwa told me.

These pages craft meme-based counter-narratives that blame the state of affairs on opposition party leaders. “That’s what I call ‘narrative corruption,'” Hattotuwa said. Sinhalese-language memes attempt to reframe the #GoHomeGota protests as a movement funded by “external” forces trying to destabilize the country. (On April 3, public protests prompted the government to ban social media services, including WhatsApp, for 15 hours.)

Since 2018, Hattotuwa has researched a total of 2,800 pages, groups and websites documenting the strategies used by Sri Lanka’s first family to weaponize social media to their advantage. On Facebook, the most popular social platform, much of the content shared was hate speech targeting Muslim and Tamil minorities.

What’s unique this time around, Hattotuwa said, is the change in the nature of messaging. “If I had to sum it up in one sentence, the thrust of the pages is to divert attention and anger away from the First Family, where in the past it was all about generating hatred, suffering and harm against a specific community,” Hattotuwa said. .

A stark example of this “narrative corruption” is a post shared by Sri Lankan actress Yureni Noshika who pointedly asks #GoHomeGotta protesters to remain vigilant, warning them of a coordinated campaign to break up the protest. The post exposes a retired army general creating fake profiles and funneling money to disrupt protests.

Hottatowa’s analysis revealed that while actress Noshika shared the post on April 7, it had been featured more than 550 times in the previous days by a network of Facebook accounts. “These pages are doing something quite sinister and insidious, which is trying to hide the fact that they were acting in concert,” Hottatowa said. Such campaigns are a reminder that what might appear genuine and aimed at getting the president and prime minister to step down are, in fact, “dark campaigns” to help them stay in power, Hottatowa wrote on Twitter.

Incidentally, I’ve reviewed several of these memes and pages for this story, and I’m withholding them to avoid amplification of misinformation.