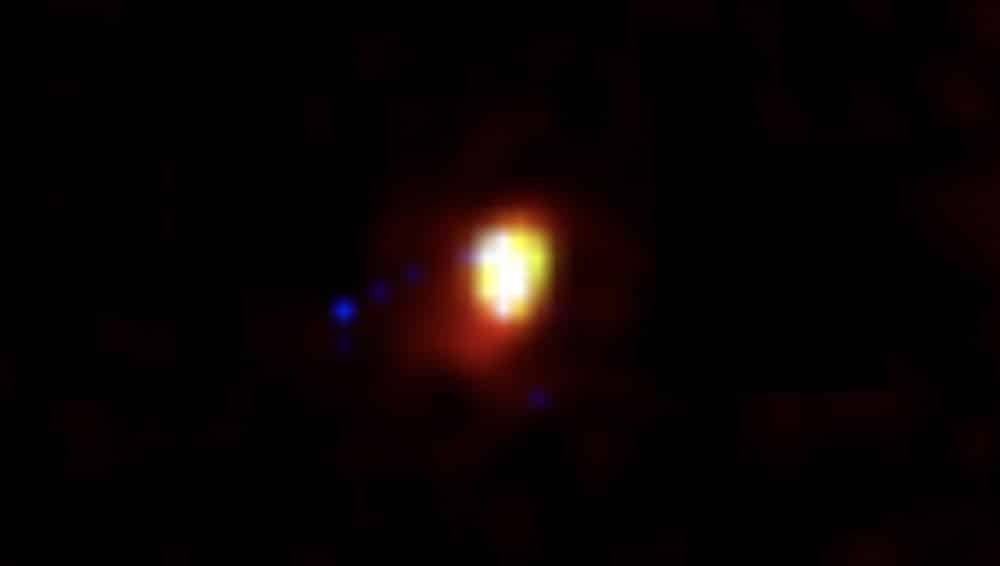 In images from the James Webb Telescope, astronomers have discovered several early galaxies that surpass all previous records. One of these star clusters has a previously unmeasured redshift of 16.7 – so it existed 235 million years after the Big Bang. The images also provide new insights into the brightness and star formation rates of early galaxies, and suggest that these star clusters grew faster than previously thought, the researchers report.

Since the James Webb Space Telescope began scientific operations, things have happened quickly: even in its first deep-field image, the telescope has taken up more space in space than any instrument before it. Looked deeper and revealed details about the first galaxies that had never been seen before. Based on this data, astronomers first used GLASS-z13 to locate a galaxy that existed 300 million years after the Big Bang.

55 first galaxies at once

But a few days later, the record becomes historic again: astronomers working with Callum Donnan at the University of Edinburgh have discovered a whole host of other ancient galaxies, including many galaxies older than GLASS-z13. For their study, the researchers evaluated deep-field images from the Webb Telescope’s NIRCam near-infrared camera. In the data, they specifically looked for galaxies with a redshift greater than z=7.5 – and therefore star clusters that formed in the early stages of the universe.

With success: astronomers immediately identified the first 55 galaxies in the segment of sky they studied, 44 of which were previously unknown. Six of these galaxies had redshifts greater than z=10, meaning they occurred less than about 480 million years after the Big Bang. “This alone provides dramatic confirmation of the long-awaited ability of the James Webb Telescope to map the evolution of galaxies in about 300 million years after the Big Bang,” write Donnan and his team.

The brightness and size of the newly discovered galaxies indicate that these early star clusters were also more active and brighter than previously thought. “UV light density shows a steady exponential decrease with increasing redshift up to at least z=12,” the team writes. “So the formation of galaxies must have started a long time ago.”

One newly discovered galaxy in particular stands out: a faint red dot in the image showed a redshift of z=16.7 – greater than previously measured for a cosmic object. This galaxy, named CEERS-93316, must have existed less than 235 million years after the Big Bang. “We found no plausible explanation other than a galaxy with a record redshift Z=16.7,” Donnan and his team wrote. This object can be seen very clearly in the NIRCam data and therefore cannot be a nearby star or an active galaxy nucleus.

Moreover, spectral analysis of light from CEERS-93316 shows that stars in this galaxy are on average at least 20 million years old. As astronomers point out, star formation in this early cluster may have begun between 120 and 220 million years after the Big Bang. It also suggests that the first stars and galaxies in the universe formed long before the long eclipse.

“It’s fantastic: here we have a telescope that was developed precisely for these observations: it allows us to look back on the formation of the first stars and galaxies, 13.5 billion years ago!” Donan said. “It is undoubtedly the start of many more meaningful observations to be made with this instrument in the weeks, months and years to come.” (Monthly Notices of the Royal Astronomical Society, submitted; preprint, arXiv:2207.12356)

Enrichment and proteomic identification of the Cryptosporidium parvum oocyst wall |…