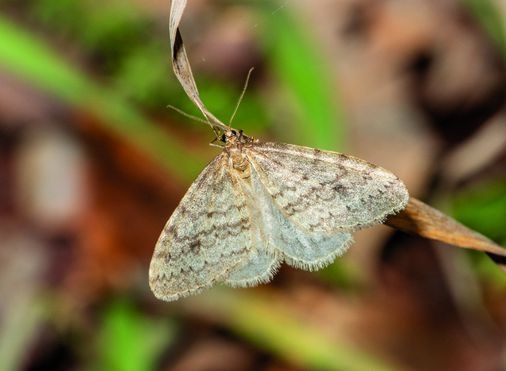 Mate in the cold on the shortest day of the year

As an entomologist, I have to admit I’m a bit of a funk in the winter. Not entirely because of the lack of light. Not even because of the scarcity of insects: I can still find bizarre creatures crawling on six legs atop the snowpack. What I miss most is the raw diversity expressed in flight: free-spirited butterflies, jet dragonflies, bumblebees to the work ethic.

A moth in flight in December is like civility in politics or being unmasked in an indoor crowd – not impossible, certainly elusive, and most importantly a good memory, that’s for sure. Flying in winter, a moth can embody the joy of the moment and yet a kind of nostalgia – despite its improper first name: the fall looper (Aussiphila pometaria).

Whatever his name, the male, branded as tweed, doesn’t fly to please melancholy entomologists like myself. It also doesn’t find much nectar in bare woods. It flies instead to find and mate with a female. A slender body and powerful muscles combine to lift him up in flight as nothing but snowflakes float in the winter woods.

The female does not fly to meet him. She has no wings. The inability to fly allows her to devote more of her intrinsic resources to producing eggs, many of them, more than she could carry if equipped to fly.

Most of the time alone in the woods, often hanging on a tree trunk, she is plump with eggs, almost invisible to predators, to me and to his airborne suitors. But the female does not need wings to attract a male in winter. It diffuses chemical perfumes, pheromones, in the woods to signal the males. In doing so, she also signals me.

Having attracted her partner for the wedding, the female lays her eggs in clusters around the twigs. Shortly after, she and the male freeze to death. In the spring, their offspring hatch as “inchworm” caterpillars to feed and grow on fresh vegetation (sometimes in excess, to the point that they are considered harmful). They then pupate, transform, and eventually become the adult butterflies of fall and winter.

In the cycle and drama of life, females often bear a disproportionate share of the reproductive burden. In this evolutionary case, a female butterfly has traded flight for fertility. Males in flight are more visible to songbirds looking for an easy winter meal. So it is with them in the struggle for existence.

As a hardened New Englishman, I have no illusions that the insects that mate in December are an early sign of spring – or even a parable of warmth and hope ahead. They are little brown butterflies going about their business.

Even so, beyond the light to come, my own observance of December 21 may also feature a performance: prosaic moths – one defying gravity, the other anchored for life – mating in the cold on the shortest day of the year.

Bryan pfeiffer is a semi-retired field biologist and lecturer at the University of Vermont. He lives on a hill above the North Branch River in Montpellier.

Coronal rain on a cold star?